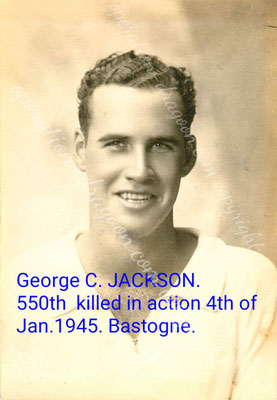 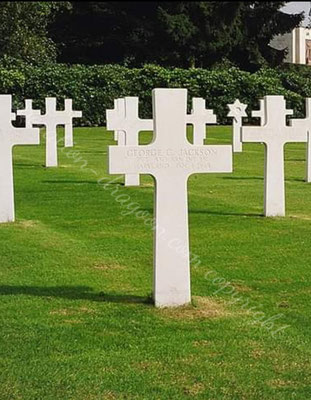 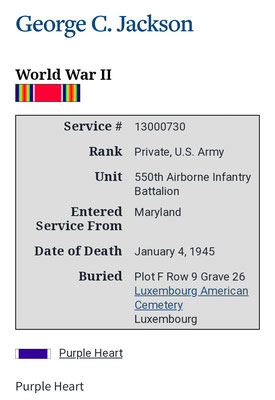 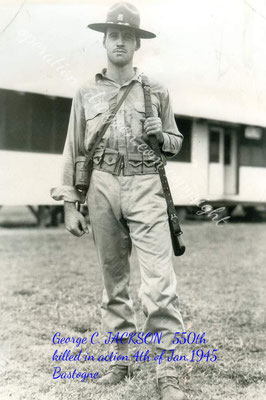 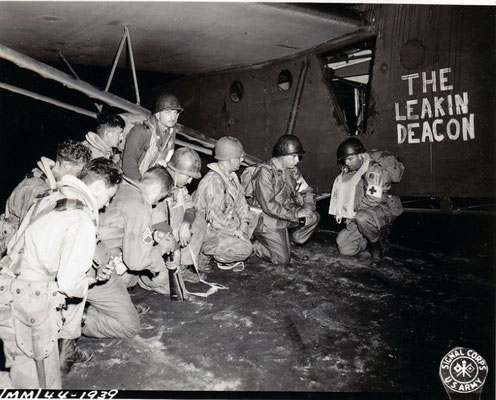 George "Tex" C. JACKSON was born in Baltimore, Maryland.  He was the son of a career army officer and in his youth with his family he traveled the world. He was the oldest, and had tow sisters, Mary Ann, and Jeanne. At a nearly age he learned to fight because he was Always a stranger in a new town and he eventualy became a boxer. He had friends from every colors in a age that was frowned upon and was blessed of many tallents, he exelled in every sport he played, taught himself to play guitar,  , and was a incredible singer.

He worked on a ship in the china seas, and as a cowboy breaking horses in a ranch in New Mexico.

He eventualy went to a Military School and was slated to become a officer, but when his father died he joined the army as a private and was stationed in Panama in the same regiment his father had been adjudant in, The 14th infantry regiment. George loved the army. He love to work out pushing his boddy to the limits, He was a Mule skinner for his regiment, driving supplies through the jungles of Panama. The 14th infantry regiment was with the 65th, part of the 19th Infantry Brigade stationed in Puerto Rico, and assigned to guard the norther entrance of the canal,on the Atlantic side.

Then, after pearl harbor attack, the U.S. Army created more regiments, and send more soldiers in this strategic zone.

At the date of the 1st of July 1941 the 550th Aiborne infantry battalion was activated at Fort Kobbe, and George volunteered. At this time, Airbornes units were very new units, and made up of carefuly volonteer they soon became the U.S. Army's finest fighting forces. The 550th was originaly formed as an air landing battalion. The mission was to land if required in central, latin, and South American countries as well as areas in the Caribbean. The unit is the second oldest U.S Airborne unit , they would be preceded by the 551st parachute infantry battalion.

As the treat to the Caribbean and latin American countries subsided in 1943, the 550th was redisignated 550th  Glider Infantry Battalion.

George only came home once to say quick goodbye to his family before he was sent in Europe  by the way of North Africa. He was not a prolific writer but the letters he sent were full of his joyce of life, his Joy of camaradship with every new nationality he met, and the understanding that he was part of someting very important .

The 550th was sent to Sicily for Waco CG-4A glider training. On 3rd of July Battalion was sent in the air-base Airborne training center near Rome with a other Para Unit. The Battalion started  training to be prepare to the second "D" day. The invasion and Landing along the cost of Southern Est France.

At the end of the afternoon of the 14th of august 1944 the Battalion , became part of the 1st Airborne Task Force Division Under command of General Robert T. Frederick. Mostly Americans but they were also british from forces from the 2nd para brigade.

The 550th was loaded into 48 CG-4A americans Waco gliders and left Follonica Italy airfield at 15 h 16 on wave number 17 . They landed in the fields and vineyards of the Nartuby river valley between villages of Le Mitan, La Motte and Les Arcs. The landing went well and the 550th was assembled soon ready for their mission : Taking and Holding the main road going from the beaches inland at the crossroad of the town named Le Muy.

After 2 days of battle on the North side of the town. The city was free by about 18h00 on day plus one with the last combat occuring when men of the 550th had to silence a german machine gun nest carefully camouflaged on top of the steeple of the church . The machine gun open up fire as civilians crowded  the main square thanking and kissing the Allieds troops. Civilians and soldiers were wounded or killed in the last minut of the battle  before the machine gun nest could be eliminated.

George loved adventure and was know by his family to be fearless, and in a letter home, shortly after the battle he wrote : " the going is pretty tough, but despite all, having a wonderfull time…"

After Le Muy, George and his outfit moved to the Italian border,  freeing villages and town in what every historians have called " The Champagne Campaing" referring to the Wine and Champaign civilians shared with the troops.

From the Alps border,at the end of October 1944, George and the 550th was moved by train and boat to England,  when the battle of the buldge occured the 550th was called into help and pushing the germans army back  attached to 94th Glider infantry battalion,part of the 17th Airborne.

In his first action in this great battle, the 550th attacked up a snow covered hill into the small town of Renaumont south of  Bastogne in Belgium.

(Following story is what George brother in arms told the family when they get back.)

" ...On that morning of the 4th of January 1945, the valley was covered with snow, almost up to the airbornes troops  waist. It was one of the coldest days that this part of Belgium have seen in almost one century. Up on the hill, a german sniper looked dawn upon the approching American's from the steeple of the Church. When 550th men were half way up to the hill, George pushed himself up to get over a fence. The sniper open the fire and killed him Instantly. His comrads made it into the town, find the sniper and shot him imediatly.

In the battle that followed the lightly armed U.S airbornes were violently attacked by german amored units and the 550th glider infantry battalion was neary wiped out. After the battle, on the first of march 1945,  there were so few men left that the unit was disbanded and ceased to exist.

George "Tex" C. Jackson is buried in Luxembourg American cemetery with other 5073 of his brother in arms; all sons of the United Stades of America who lie there that future generation  may live in peace.

( thankyou to George Jackson nephew Henry for his help )